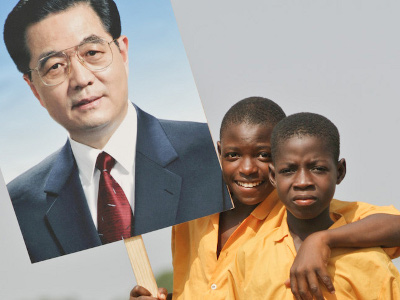 I am still uncertain on where I stand regarding Wikileaks, but the most interesting releases so far have been the diplomatic cables, which are basically individual case studies in geopolitical dynamics.  The ones regarding Africa policy have been particularly fascinating.  Take this one from the U.S. Assistant Secretary of African Affairs, Johnnie Carson, about China’s role in Kenya:

The U.S. is closely monitoring China’s rising influence and engagement in Africa, according to U.S. diplomatic cables released by WikiLeaks, a nonprofit media organization that specializes in leaking classified government information. The U.S. believes the emerging Asian donor is in Africa primarily for its own interest, one of the leaked cables said.

“China is a very aggressive and pernicious economic competitor with no morals. China is not in Africa for altruistic reasons. China is in Africa for China primarily,” a February 2010 cable from the U.S. embassy in Lagos, Nigeria, said.

The cable also stated that China is using its engagement in Africa to “secure votes in the United Nations from African countries.”

This gets to the heart of the debate about China’s role in developing nations.  The United States and the West are often very critical of China’s economic interest in Sub-Saharan Africa and their “ask no questions” approach to dealing with certain nefarious figures in African politics.  Supporters would say that China is actually treating Africa as a partner in development, offering countries an opportunity to grow based on mutual economic benefit through bilateral trade.  This is a more dignified approach, as many in Africa believe.  Another cable discusses Africa’s preference for China’s approach:

African officials prefer untied Chinese aid over planned U.S.-China development cooperation in Africa because of fears that the latter will slow down the flow of assistance to the region, according to the leaked U.S. cables published by the Guardian.

“Kenyan Ambassador to China Julius Ole Sunkuli said he and other Africans were wary of the U.S.-China dialogue on Africa and felt Africa had nothing to gain from China cooperating with the international donor community,” a portion of the cables stated.

The documents further noted that “Africa was better off thanks to China’s practical, bilateral approach to development assistance and was concerned that this would be changed by ‘Western” interference.’”

This is the view of the political elite, to be sure.  They may be more concerned with China’s lax restrictions when it comes to governance and corruption than the dignity associated with economic partnership, as evinced by this tidbit:

The documents also noted that African countries are concerned that the U.S. and other donor countries will use trilateral cooperation deals to attach governance-related conditions to Chinese aid.

When one-third of the total budget of Kenya is lost to corruption, as was recently disclosed, having a partner who doesn’t care where the money goes is a plus.  But this is a good thought exercise either way.  Just about every country in the world has developed as a result of exploitation in one way or another.  The United States grew with the rising tide of the industrial revolution, which saw appalling conditions and compensation for factory workers.  India and China have been the world’s manufacturing and service powerhouses for the last twenty years.  The Asian tigers (Thailand and Vietnam), the latest developing countries to experience explosive growth, have grown as a result of manufacturing outsourcing and a green revolution in agriculture.  In every case, the countries graduate to middle income and begin to diversify.

The West’s approach to development in Africa has been someone suspect in a lot of ways.  Some in Africa would accuse the United States and Europe of a kind of neo-colonialism, giving aid money to develop the agriculture sector with the one hand and subsidizing their own agriculture industries with the other, make real systemic growth difficult.  In contrast, China engages Africa as any country might exploit any other country, which countries have been doing since time immemorial.  After all, China was once in Africa’s shoes, having been essentially exploited by consumer economies for cheap labor and manufacturing.  To turn around and then accuse them of doing the same might be construed as a bit hypocritical.

The new trend in development is to improve the competitiveness of the private sector.  Unfortunately, you can’t have your cake and eat it too.  Capitalism can be a nasty business, and China is a tough competitor.  The “immorality” of certain financial services companies in the United States and Europe led to the near-collapse of the global economy, with rippling negative impacts on developing countries all over the world.  One might argue that the “immorality” of certain policies adopted by the West (particularly historically) have contributed to the fact that certain African economies are the way they are.  This type of assessment of the hyper-aggressive, immoral practices of the next greatest economic powerhouse of the 21st century could be the last throes of an empire that is going to have to learn to share geopolitical influence in the coming century.

I am not passing judgment.  I am not saying one approach is better than the other.  But I do think that there are more similarities than differences between the two.  And, while the elites may favor the Chinese approach, which allows the rich and powerful to stay that way, the real losers in all of this are the people.  One would hope that China’s economic interests in Africa will trickle down to the masses.  If history is a guide, I am not overly optimistic..