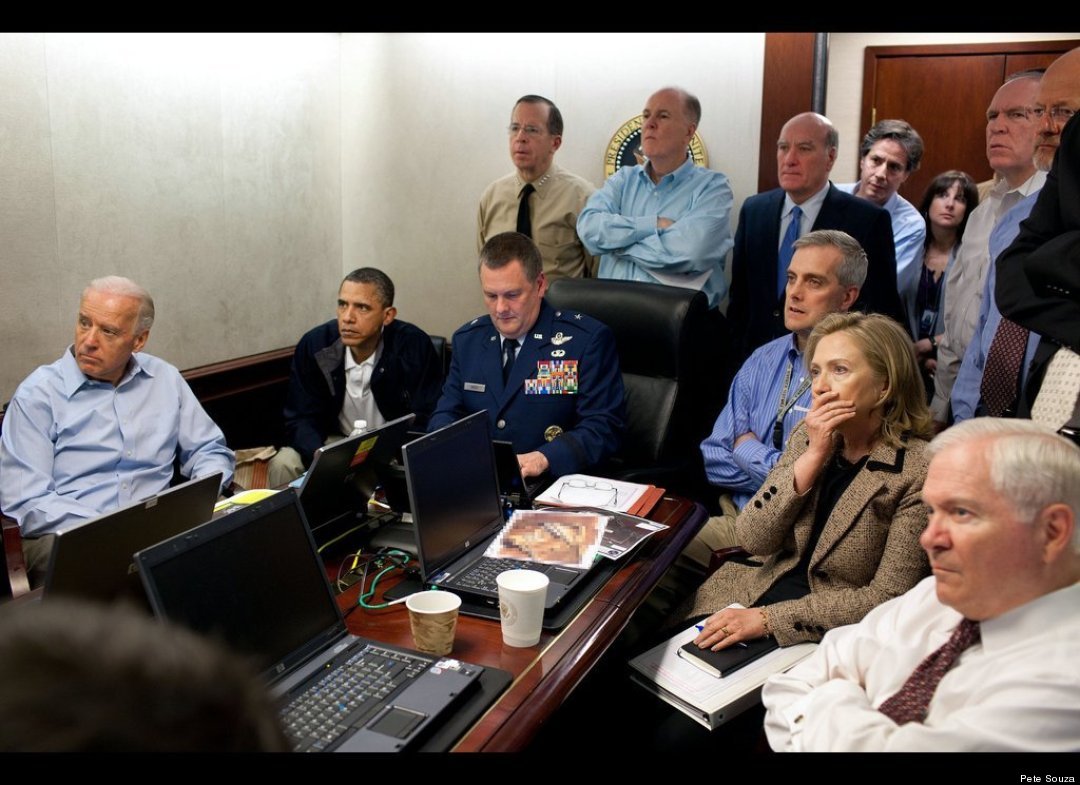 This is part one of a two-part post about the Obama administration’s approach to foreign policy and military intervention in Africa and the Middle East.

In an article titled “Inside Obama’s War Room” published in Rolling Stone this month, Michael Hasting discusses the series of decisions and actions that preceded the intervention in Libya.  In classic form, Obama appears to have been measured, deliberative, and exhaustive with respect to planning for the next steps, asking key questions that were absent from the debate leading up to the invasion of Iraq.

Hastings describes Obama’s thought process in deciding to set up the no-fly zone in Libya and protect the rebels in Benghazi:

As he analyzed the crisis, Obama kept his own cards close – so much so that even those deeply engaged in the strategy sessions found it hard to get an accurate impression of where he came down on the issue. But in a move that seemed squarely aimed at avoiding the mistakes of Afghanistan and Iraq, Obama also laid down what insiders say was a set of five guiding principles for any intervention in Libya: that it be effective, multilateral, follow international law, put no American boots on the ground, and pursue a well-defined, achievable goal.

These five principles, to me, make a lot of sense, both in how one should make major foreign policy decisions and in the fact Obama himself uses them to make those decisions (I voted for Obama).  To be effective seems self-evident, but, given that the last two trillion-dollar wars have been largely ineffective, it still needs to be stated.

Following international law is also critical, given the modern enemies we face today.  Unlike sovereign nations, which countries typically bomb into submission, most of today’s wars are fuelled by ideology.  Specifically, Islamic extremism does not offer the convenience of being confined to a specific region or group of people.  And violating international law in waging war on extremists (think Abu Ghraib) has the counterproductive side effect of radicalizing young Muslims, increasing the size and strength of the enemy.  In Libya, this was particularly important, as it is a Muslim country and the uprising occurred during the Arab Spring.  So keeping any intervention within the bounds of international law is critical to avoid alienating potential enemies.

Put no American troops on the ground seems like an offshoot of the Biden strategy to fight these new guerrilla-style counter-insurgencies with a lethal combination of drones and special forces.   With the death of Gaddafi yesterday, you can see that in action:

The death of Gaddafi immediately raised speculation in the US that the same military model – the use of US air power combined with rebel forces on the ground and special forces from Europe – could be used again in Syria.

Vice-president Joe Biden described the military model as a “prescription” for the future, while White House spokesman Jay Carney, when asked about Syria, said Assad had lost his legitimacy to rule.

Obama’s approach to Libya was to provide US air power in support of the rebels but not putting US troops on the ground, leaving that to other countries, mainly France and Britain.

In the Rose Garden, he basked in his success: “Without putting a single US service member on the ground, we achieved our objectives, and our Nato mission will soon come to an end.”

In the 90’s, the U.S. deployed 28,000 troops in Somalia, retreating after the battle of Mogadishu killed any remaining political will.  Today, we are battling the Al Shabab militia – a nihilistic group of Islamic extremists that have terrorized Somalia for a decade – with predator drones and military advisers from a company called Bancroft Global Development, who are training the UN Peacekeepers from Burundi and Uganda.  Without explicitly endangering American troops, we are still able to effectively keep Al Shabab contained while simultaneously keeping our fingerprints off any successes, which could serve to create sympathy for the cause.

This brings me to the next tenet: multilateralism.  In Libya, the rest of the Arab world and the rebels themselves asked the U.S. to intervene.  We provided air support, but left the heavy-lifting to the other NATO forces and, more importantly, the rebels on the ground.  This gives the rebels legitimacy, having overthrown the Gaddafi government instead of riding the coattails of “international aggressors.” By pushing France to provide ground support and lead the NATO efforts, we allowed Western Europe, which has an even greater interest in the stability of North Africa, to take ownership of the invasion, and simultaneously get them to start carrying their weight in the NATO alliance, as we prepare to cut our defense budget over the next decade.  John Kerry, a strong voice in foreign policy, sums this up:

The Democratic chairman of the Senate foreign relations committee, John Kerry, a close ally of the president, said the US had “demonstrated clear-eyed leadership, patience and foresight by pushing the international community into action.”

Maybe it is a symptom of American exceptionalism, but war hawks in the U.S. always want to claim credit for all military victories, and show contempt for the opinions of the international community.  George W. Bush’s most recent ambassador to the United Nations, John Bolton, famously said of the institution: There’s no such thing as the United Nations. “If the U.N. secretary building in New York lost 10 stories, it wouldn’t make a bit of difference.”  What Obama understands that Bolton doesn’t is that humility – allowing others to take credit for victory – serves American interests in the long-run by promoting a sense of ownership among the victors (in this case, the rebels) and stability in the region.

In my next post, I will discuss the last and most important point – having a  clearly-defined goal – and put all of these points in the context of current and future conflicts.

3 thoughts on “The Obama Doctrine and Smart Power, Pt. 1”