Casey Anthony, the young mother accused of killing her two year-old daughter Caylee, was found not guilty of first-degree murder.  The world, it seems, is very angry that a young girl has been denied justice.  Unfortunately, the reaction will be similar to other injustices involving children or sex (in the United States): a radical, emotionally-driven push to ratchet up the penalties for a broader set of crimes and put in place irrational safeguards to ensure that such injustices never happen again.  At times like these, it is best to do what Hemingway did and just put the pencil down, head to the bar for a stiff drink, and don’t think about it again until tomorrow.

This, unfortunately, is not the way the world works.  A crisis is a terrible thing to waste, and the politicians are wasting no time in scoring points by introducing something called Caylee’s Law.  The crank of criminal penalties is self-locking, moving forward, but never moving back.  It is easy to get a law on the books, particularly when it is named after a victim of highly public and terrible crime.  The quickest way out of office for a politician is to be labeled as “soft on crime” (the tagline for Caylee’s Law is “a law to protect children” – are you opposed to protecting children, Mr. Senator?)   In contrast, a very easy way to gain votes is to appeal to people’s insecurities, foremost of which is fear of being victimized or, worse, having their child become the victim of a crime.  So laws are passed and put on the books in the heat of the moment and, regardless of whether they do more harm than good, are there to stay.

Sex offender laws are the most vulnerable to irrational expansion.  The direction is always toward the most Draconian, as an Economist article from 2009 points out: 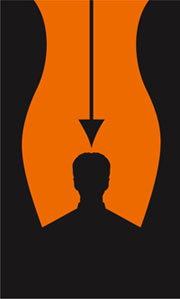 Sex-offender registries are popular. Rape and child molestation are terrible crimes that can traumatise their victims for life. All parents want to protect their children from sexual predators, so politicians can nearly always win votes by promising curbs on them. Those who object can be called soft on child-molesters, a label most politicians would rather avoid. This creates a ratchet effect. Every lawmaker who wants to sound tough on sex offenders has to propose a law tougher than the one enacted by the last politician who wanted to sound tough on sex offenders.

So laws get harsher and harsher. But that does not necessarily mean they get better. If there are thousands of offenders on a registry, it is harder to keep track of the most dangerous ones. Budgets are tight. Georgia’s sheriffs complain that they have been given no extra money or manpower to help them keep the huge and swelling sex-offenders’ registry up to date or to police its confusing mass of rules. Terry Norris of the Georgia Sheriffs’ Association cites a man who was convicted of statutory rape two decades ago for having consensual sex with his high-school sweetheart, to whom he is now married. “It doesn’t make it right, but it doesn’t make him a threat to anybody,” says Mr Norris. “We spend the same amount of time on that guy as on someone who’s done something heinous.”

The cycle continues this way as laws are haphazardly placed on the books in the wake of trials like this one.  Four states are now considering something called “Caylee’s Law,” which will make it a felony to fail to report your child missing for more 24 hours.  This is because Casey, the mother of two year-old Caylee, failed to report her missing child for a month and, instead, participated in a “hard-body contest” at a bar.  Here is the description:

Wesselhoft, a Republican, plans to propose a law at the start of Oklahoma’s legislative session in 2012 that would make it a felony for a parent of guardian not to notify authorities within 24 hours of a child’s death. He also plans to propose a requirement for parents to notify runaways under the age of 12 in a timely manner, although he admits having a time table for that is “more difficult because you don’t know when the clock starts,” he said.

“It probably won’t be a deterrent to crime, but at least it’s something the prosecutors can charge someone with who’s violated the law,” he said. “If this law was in Florida, Casey would have some more jail time to stand.”

It is upsetting when justice is not done.  But creating a law so that people who are found not guilty of crimes for which we wish they had been convicted can “have some more jail time to stand” strikes me as counterproductive at best and damaging to society at worst.  The purpose of penalties is to deter criminals.  The reason a person cannot get the death penalty for rape (despite attempts to change the laws after sensational trials – i.e. “Jessica’s Law”) is that it creates an incentive for murder.  If the penalty for rape and murder are the same, it makes perfect sense to then kill the person and hide the evidence, since the penalty will be no different.  The penalty is supposed to deter the action – that’s what penalties do.  So, ten years from now, when everyone has forgotten the name “Caylee Anthony,” her name will live on as part of a law that may well see another young mother who let her child attend a sleepover and failed to call the police when she didn’t return go to jail on felony charges.

This is a hypothetical.  But too often in the heat of the moment we are collectively irrational, exposing the legal system designed to protect our liberties to radical change at the hands of opportunistic politicians.  It is important to consider the ramifications, lest we put a sodomy law on the books (wait, we already did that).

Anyways, 142 million people watched the Casey Anthony verdict or listened to it on the radio.  Meanwhile, 200 migrants from Sudan died in the Gulf of Aden this week when their boat caught fire on the way to Yemen, and the latest news from North Korea is that starving people are forced eat grass (again).  These, of course, are just two of the many terrible injustices happening in the world right now.  There are others, to be sure, though these two were at the top of my Google Reader.

Yesterday I wrote about the need for marketing of injustice in the developing world.  I talked about the short attention-span of the average consumer of news in the United States and explained why I thought the critics of Nicholas Kristof who accuse him of patronizing his readers with white protagonists and “bridge characters” were wrong.  Until people start caring about the issue Kristof writes about or “Blood Diamond” dramatizes in the same way that they care about the Casey Anthony verdict, I will hold my ground.