The following is part two of a three-part post on the joys of solo travel.

The other day I talked about the need to be prepared.  Today, I will talk about going with the flow. 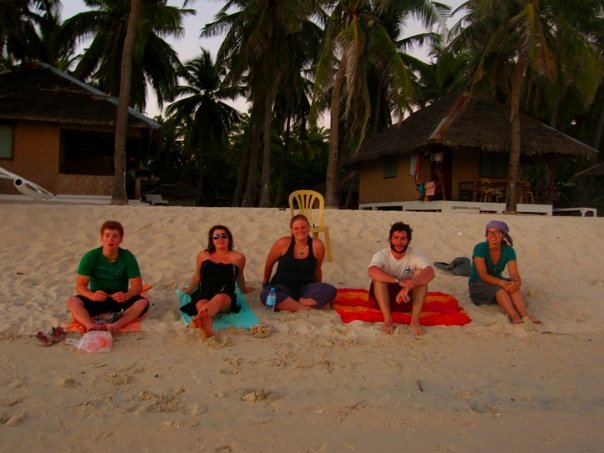 “A good traveler has no fixed plan and is not intent on arriving.”  – Lao Tzu

I think you need to strike a balance between planning and winging it.  Do enough research to cover your bases and make sure you don’t end up in a situation you can’t handle.  Make an itinerary for yourself, but don’t feel the need to stick to it with a religious zeal.  When you are going to a new place, it helps to book a room in a guesthouse, but only do it for one night, just in case the place turns out to be dodgy.  Try to avoid being homeless, and but don’t commit to one place so and make it so that you can’t bail if you feel like it.

There are a few schools of thought on traveling.  Some people like depth – spending a lot of time in one place, relaxing and enjoying the peace of mind that comes from being able to drop your backpack, knowing that you don’t have to pick it up again for another week.  Others want to see it all, and feel like every minute spent here is a minute not spent there.  My father falls in the latter, while my brother is more the former.  I fall somewhere in the middle, and take it on a case-by-case basis.

In Ghana, for example, I took a tro-tro from my buddy’s place in Winneba down to Cape Coast and Elmina, expecting to spend a day before moving West to a place called the Green Turtle Lodge.  When I arrived at the Stumble Inn, a cheap resort run by a Dutch couple in Elmina, I put my bag down and took a nap by the beach.  Moving west would mean packing up my bag again and taking another four-hour tro-tro down.  Tired of traveling, I decided to kick back and relax.  A week later, I settled my bill and moved on.

I made a friend at the guesthouse, and my buddy and his girlfriend came down from Winneba to a few nights there after a village stay with a farmer fell through.  The water was nice, the bar was stocked, the food was good, and, by pure chance, I happened to have a few friends around.  Why spoil a good thing?

But sometimes the stars don’t align the way you had hoped.  After an amazing four days of scuba diving in Coron, an island in Palawan that was the inspiration for the novel The Beach, I flew to Manila.  I was planning on taking a bus up north to La Union, a town northern Luzon, to do some surfing.  I bid farewell to a friend I’d met on the boat, and walked to the exit to hail a taxi at around 7 PM.  The main terminal in Ninoy Aquino International Airport has huge glass walls with a view of the city.

I took a moment to reflect on my plans.  Looking out at the city skyline, I thought about the traffic, the pollution, and the seedy red light district where my favorite guesthouse happened to be located.  After a few contemplative minutes, I turned around, walked up to the Cebu Pacific ticket counter and bought a flight to Cebu that night for $30.  I got on the next flight and arrived in Cebu City at 11, called a friend to get a recommendation for a place to stay, took a taxi there and booked a room.

The next morning, I got up early and took a bus to Moalboal, a town two hours south that someone recommended in Coron.  Twenty meters below the surface of the ocean, surrounded by millions of sardines off the coast of Pescadero Island, the decision to re-write the plan was validated.

Sometimes, things work out the way you expect.  Sometimes, they don’t.  The best thing to do is to not worry too much about seeing everything, but also not become completely complacent and stop moving after the first day.  If you can find good people and a guesthouse with a bar and preferably a view of the ocean, then my advice is to just take it easy.

“Most of my treasured memories of travel are recollections of sitting.” – Robert Thomas Allen

Whenever I hit the road, I always bring a deck of cards and my Yahtzee dice.  There are few things more enjoyable than sitting around playing cards for hours, preferably at the beach in a bar overlooking the beach.

Yahtzee is a great one too, since you can play one game for hours and it really never gets old.   According to legend, the game was invented in 1954 by an anonymous Canadian couple.  They called it Yahtzee because they played it when they were cruising around the world on their yacht, which may be the reason that the game appeals to me so much.  With the slogan “The fun game that makings thinking fun!”, Yahtzee keeps the neurons firing after a week of lazy hammock-lounging.

When I went to visit some friends living in Buenos Aires a few years ago, they told me about an amazing game they’d picked up and had been playing non-stop for the last six months.  When I returned to the U.S., I bought the Yahtzee Deluxe edition, with a leather-bound rolling cup.  Everywhere I’ve gone, I’ve taught at at least one person to play, and keep the cycle going.

It is cool to pick up a hobby also.  I had a friend living in rural South Korea who learned to juggle to pass the time.  It’s an amazing idea.  So, every since then, when I’m on the road alone and waiting for a bus or just trying to pass the time, I can still be learning a sweet skill.

You never know when you might want to play some tunes

In the next post, I will talk about the importance of being adventurous and opening up to people on the road.