This is part four of a four-part post on the joys of solo travel.
_
In this last installment, I will share my thoughts on the need to meet as many people as you can and be confident as you roam the world.

“Travel is fatal to prejudice, bigotry, and narrow-mindedness.” – Mark Twain

Today, people say that I am a “good connector”.  That is because, whenever my friends travel to a new place, I put them in touch with the people I know there and make sure they show them a good time.  But this is decidedly a skill I have picked up in the last two years. 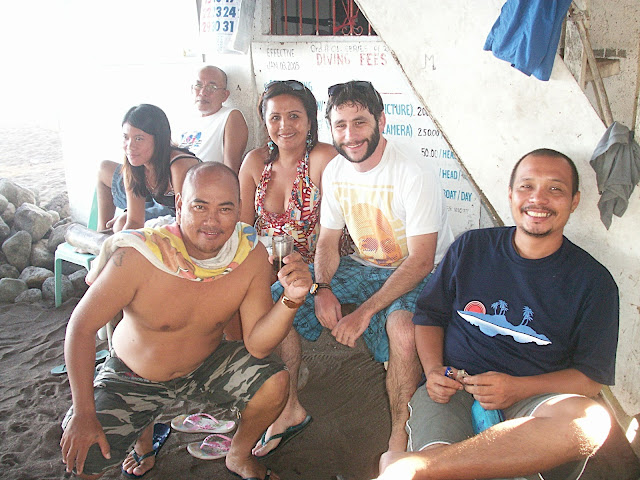 When you travel alone, you have to be willing to strike up a conversation with anyone.  People you meet on the road tend to be some of the more interesting, offering a perspective you don’t get every day.  This is especially true in countries that are off the beaten backpacker path, which attract some of the more out-there individuals.  And, for an American, Asia, in particular is a great place to meet interesting folks, since most of them tend to be from the other sides of the proverbial ponds.

Out of a mix of laziness and self-involvement, I’m going to break the cardinal rule of respectable travel-writing and quote myself speaking about the subject of people on the road in a post titled “Dispatch from a shrinking planet“:

When you travel, you meet people on the road.  The relationships are short, but what they lack in breadth they make up for depth.  You become closer to them in the three days you spend together than you do to the people renting the apartment below you for a year.  You stay in touch and email from time to time.  When something happens in their country, you reach out to see if everything is all right.  When you move to another country, you blast an email to your friends and tell them to put you in touch with everyone they know in that city.  I moved to Nairobi on a hope and a prayer, and, because of the people I’ve met along the way, managed to land an apartment and a handful of job interviews before I touched down.  Seeing the world is nice, but meeting people and making friends is truly the best part.

People, to me, are the best part of traveling (which is somewhat paradoxical to say in a post about traveling alone).  But tou never know who you are going to meet.   And, in the information age, Facebook makes it much easier to stay in touch once you go your separate ways.  Traveling by yourself makes you crave human connection, which causes you to open up.

“A ship in harbor is safe.  But that is not what ships are built for.” – John Shedd

The first few times you do it, traveling alone can be tough.  When you are living in a familiar place, with a support network around you to fall back on for advice or companionship, you are challenged in different ways, but having to rely on your wits tends not to be one of them.  When you get off that bus in a place you have never been, where few people speak the language and there is no one around to tell you that your guesthouse is just over that hill, or that immigration won’t let you in the country unless you get your visa in advance, you have to be diligent, adaptable, and creative.

You need always keep your eyes open, but also accept things as they come and not be so risk-averse that you avoid contact with everyone who doesn’t look like you.  At the same time, you need to be wary not to get ripped off or robbed, and be persistent in figuring out where you need to go and how you need to get there.  Sometimes, you need to be polite and patient; other times, a pushy asshole.  But what you can’t do is rely on anyone else but yourself to make the right decision.

And when things go wrong, you learn from your mistakes and take that wisdom with you as you move forward.  When things you go right, you get the satisfaction of knowing that, even with the odds stacked against you and no one to show you the way, it was you, and nobody else, that made it happen.  When you travel alone, you come to realize that, in this world, you make your own luck.

Sometimes you might not have a conversation beyond a few cursory beyond, “Could you tell me where…” or, “a beer, please.”  for a few days, so you have a lot of time to think about life and how to live it.  That kind of introspection can be lost in the daily grind.  The solitude of a language barrier in foreign country is sometimes enough to elicit some great thinking.

When I was in Ghana, I went through a rough patch for a few weeks and was calling my brother practically every day for advice.  He told me to chill out and not call him for a week, since all the noise was clouding my thinking.  “You’re out in the wilderness – it’ll be good for you,” he said.  “Jesus was out in the wilderness for 30 years, except he didn’t have a cell phone.”

The point is well-taken.  When you travel alone, you are in good historical company.  Jesus, Henry David Thoreau, John Muir, the kid from Flight of the Navigator.  Sometimes it gets a little lonely, but you’ll be stronger as a result.  As the great travel writer Paul Theroux once said, “Travel is glamorous only in retrospect.”

Without a doubt, traveling alone makes you more confident.  The same can be said for any time you venture outside your comfort zone, but putting yourself out there in a place foreign in all senses of the world is enough to give you the confidence that you can handle any situation.  That feeling translates to other aspects of your life as well, and allows you to move through life with greater confidence and a belief that you can handle what comes with poise.

In Salt from My Attic, John Shedd wrote, “a ship in harbor is safe – but that is not what ships are built for.”  So, if you are thinking about throwing your life in a backpack and can’t find anyone to join you, don’t be deterred.  Just go for it, and enjoy the freedom of being out there on your own.

Below is a short photographic retrospective of all the places I’ve been these last few years.