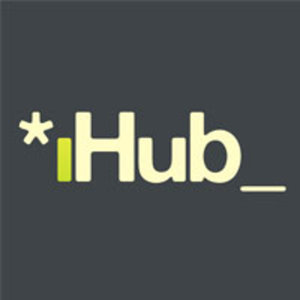 When I moved to Nairobi, I did not really know what to expect.  I’d been here once before and moved on a whim.  Fortunately, in the first week, I discovered the iHub.  The iHub was started a few years ago by Eric Hersmann, the founder of Ushahidi, a crisis mapping organization whose roots can be traced to the post-election violence that rocked Kenya in 2008, and a TED Global fellow.  It is a co-working space for software developers, entrepreneurs, researchers, and others who want to utilize the space.  More importantly, it is a vibrant community of innovators, technologists, and ambitious folks who like being surrounded by a fast-moving and intellectually-stimulating environment.

After working at the space for a few months, I was lucky enough to be accepted as a green member, allowing me to use the space whenever I want.  Today, on a Saturday morning, I came to the iHub to sit at the Pete’s Coffee bar and crank out some work.  And I was pleasantly surprised to see a group of speakers leading a workshop on “Design for Social Innovation,” a topic I find interesting.  The speakers included Cheryl Heller, a communication design strategist, Just a Band, a super-creative Kenyan house/funk/disco band, and others.  The topic du jour was how to apply design thinking to innovate in the social sector.

Design thinking is sort of a nebulous concept.  Here is how Wikipedia describes it:

Design Thinking refers to the methods and processes for investigating ill-defined problems, acquiring information, analyzing knowledge, and positing solutions in the design and planning fields. As a style of thinking, it is generally considered the ability to combine empathy for the context of a problem, creativity in the generation of insights and solutions, and rationality to analyze and fit solutions to the context.

I actually think that these principles are not only intuitive, but really fundamental to solving any problems.  In a social innovation context, the most basic example of how design thinking is not applied is in stereotypical top-down development projects that seek to apply theoretical generalities in addressing a problem, while ignoring the local context.  Some might claim that Millennium Villages project is the ultimate example this concept:

It is an approach to ending extreme poverty and meeting the Millennium Development Goals–eight globally endorsed targets that address the problems of poverty, health, gender equality, and disease. Initiating a paradigm shift, the Millennium Villages promote an integrated approach to rural development, using evidence-based technologies and strategies in each sector, with sufficient investment over a sufficient period. This approach also combines a critical cost-sharing and planning partnership with local and national governments, and rural, African communities, while focusing on capacity building and community empowerment. By improving access to clean water, sanitation and other essential infrastructure, education, food production, basic health care, and environmental sustainability, Millennium Villages ensures that communities living in extreme poverty have a real, sustainable opportunity to lift themselves out of the poverty trap.[1]

The idea is good in principle, but, in practice, there are a lot of idiosyncrasies about community dynamics and macro-economic factors that lead to unintended consequences.  So you can invest in training people and giving them skills, like sewing or carpentry, to become an entrepreneur.  But without a market for their products, they won’t be able to monetize those skills.  This is a classic example of applying a solution to problem without actually thinking through the consequences.

Design thinking is similar to systems thinking, which entails looking at individual problems and components as part of a larger system:

Systems Thinking has been defined as an approach to problem solving, by viewing “problems” as parts of an overall system, rather than reacting to specific part, outcomes or events and potentially contributing to further development of unintended consequences. Systems thinking is not one thing but a set of habits or practices[2] within a framework that is based on the belief that the component parts of a system can best be understood in the context of relationships with each other and with other systems, rather than in isolation. Systems thinking focuses on cyclical rather than linear cause and effect.

Again, this is something that seems intuitive to me.  Nothing happens in isolation, so we should not try to solve problems in isolation.   Still, it is worth thinking about these principles when you are trying to develop solutions to difficult problems.