“Write without pay until somebody offers to pay you. If nobody offers within three years, sawing wood is what you were intended for.”- Mark Twain

I think about this quote a lot, and by a lot, I mean once, two days ago, when I saw it referenced by Roger Ebert as he discussed his two years of weekly submissions to the New Yorker caption contest finally paying off.  It was linked to by Robert Mankoff, the cartoon editor of the New Yorker, a funny man with an equally funny blog.  I too have made submissions to the New Yorker caption contest, though I usually just use quotes from the Vin Diesel classic XXX.  In fact, every week for the last six months, I’ve alternated between “Now that business is over, we party” and “Everything’s okay… with enough vodka.”  Apparently, the folks at the New Yorker find my sense of humor a little too post-modern, whatever that means.

Anyways, I thought for about five minutes about how I could turn this quote into a blog post, much the same way Quentin Tarantino decides on the soundtrack for his films before he writes the script (note: unverified).  It was surprisingly easy, since it has been exactly 18 months (as of four days ago) since Develop Economies first entered the blogosphere with an article titled “Filipina Heart” about my first flight from Boston to Manila, during which I sat next to a man from Illinois wearing a sleeveless T-shirt who was going to meet a young lady for a few weeks of fun in the sun, a la George “Rentboy” Rekers, except slightly less funny, though equally tragic.

For those unfamiliar with the Roman calendar, 18 months is exactly half of three years and I, presumably like Mark Twain, continue to not be paid.  For the first year I had a link to Paypal on the sidebar asking people to support me in my travel.  Only two people ever tried to give me money.  I turned down one because he was also an unpaid Kiva Fellow and I’d just come back from a fairly self-indulgent diving trip around the Philippines, and the other because I couldn’t actually accept the money, as my Paypal account was frozen after I forgot my password and I screwed up the identity verification process, necessitating that I receive a letter from Paypal and re-send it back to them to prove I am who I am.  I lost out on $20, and, to this day, my account continues to be frozen. Again, I digress.  Despite not being paid, I have now surpassed the somewhat impressive 200-post count (an average of one post every three days for the last 18 months).   The number of page views – more than 150,000 – means nothing, since my blog became a target of spammers somewhere around Thanksgiving of last year.  Do I feel like Rodney Dangerfield (“I stuck my head out the window and got arrested for mooning”)?  Not really, since blogging has been so good to me.  After all, if I wasn’t writing all the time, I’d probably become like Will Smith in Men in Black and people back home would be saying, “Josh has been in the bathroom for a long time – I hope he’s OK.”

My writing style has evolved over time, as long-time readers of this blog can attest.  One of my most loyal readers described my style as “very French” – “these, antithese, synthese” – which I, as an American, interpreted as “weak” and banned him from the site.  The blog started as a means of keeping my family and friends apprised of my travels.  Eventually, as I became more engaged in the subject matter, it turned into a blog about microfinance.  I didn’t appreciate getting atomic wedgies every time I told people I was a “blogger” – particularly since I was 25 at the time – so I changed it to a “journal of microfinance, economic development, and culture.” As I grew interested in other aspects of development, I expanded the scope to include anything that pertained to poverty alleviation in the developing world, which is more or less what it is today.

In order to let my readers know that I wasn’t taking myself too seriously and remind them that I am still immature, I used to write fairly frequently about growing a beard (see here, here, here, here, and here).  Early readers remember that, in my previous job helping the rich get richer, I was unable to embark on this critical male rite of passage because it would take at least two weeks to reach a respectable level where I didn’t look like I’d been sleeping in a tent in the woods, eating only what I’d killed.  When I did start growing the beard, it became quickly apparent that the region between my lower lip and chin were a barren wasteland that looked like Carthage after the Roman general Scipio Aemilianus Africanus plowed over the city and sowed the earth with salt during the Third Punic War.  This was a source of humor to me, and to my readers as well, which I assume helped humanize me a little bit.  After all, someone told me the other day that when they first met me I seemed “self-absorbed,” which, to some extent, is true.  (By the time you reach the end of this self-indulgent and presumptuous post, you’ll know what they meant.)

Eventually, in a purely organic fashion, I began gathering a following (not a big one – more like Raelism than Scientology).  Because I’m a Luddite when it comes to social media, I initially dismissed anyone who used Twitter as a tool, sight unseen.  Now I have a Twitter account (my “handle” is #developeconomy), which automatically tweets my posts and only my posts, leading me to wonder why anyone is following me at all.  Initially, my father was the only one who commented on any of my posts, always using a pseudonym from Atlas Shrugged by Ayn Rand (usually it was “John Galt,” but he occasionally dropped a few comments as “Hank Reardon”).  Soon, others started commenting.  People began emailing me out of the blue, asking about this or that, telling them that they were going to this place or that place and had read my post and wanted to learn more about it.  Finally, I was receiving the validation that poor Rodney never got.

I began reading about how to expand your readership.  The two big recommendations were to post regularly and engage your existing readers.  So I started posting more often.  But writing “journal” posts takes time, particularly if you have to teach yourself about relatively complex issues before venturing an opinion on certain matters.  By that point, I’d learned a lot about microfinance and the fundamental causes of poverty, so I could comment on what other people were writing without having to research the topic extensively.  Drawing inspiration from Andrew Sullivan at the Daily Dish, I was able to maintain a steady supply of posts without a huge amount of effort.  This is why reader #1, Ed, described my style as “very French.”  I’d present someone else’s thesis, then explain why I agreed or disagreed with it. 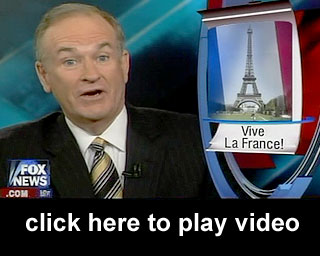 Each post followed the same basic structure, with some variation.  The post would start with an introduction of the topic and a basic overview of the key information.  The next paragraph would paraphrase the central thesis of whatever article I was discussing.  I’d quote a few paragraphs from the article, without worrying about keeping it short, since the word count stays the same, irrespective of the author.  Then, in a stream-of-consciousness manner, explain what I found right or wrong about the conclusion, drawing on my education as a philosophy minor to break down the argument to its premises and address them individually.  Then I’d hit post, without checking my work, as I have done since I was in second grade when my teachers would tear apart my cursive writing worksheets because I had rushed through them to get it over with (instead of becoming more adept at writing script, I just stopped using cursive when I was in 5th grade and never looked back.) Again, loyal readers no doubt know that a good Develop Economies post is not without its share of grammatical errors.

These, antithese, synthese.  Adopting this style allowed me to do two things.  First, I have blogged more prolifically than I ever would have thought myself capable.  Second, it has really broadened the scope of my learning, which is really what writing this blog is all about.  Now, I didn’t have to sit down for two hours and read about how to create a credit bureau for microfinance institutions.  Instead, I could just read what someone else was saying, and comment on their argument.  As a result, I’d become knowledgeable about more without sacrificing volume.  Those who cannot do, criticize.  I chose the latter.

Whenever I really wanted to learn about an issue, I’d sit down and read about it with the intention of writing a post at the end.  Longer posts became an excuse to study things my limited attention span would have normally precluded me from learning about.  Posts became assignments, similar to an essay I’d write in college.  I’d write one dense and heavily-researched post every two or three weeks.   In an effort to raise my profile, I started writing for Next Billion, the first blog I’d started reading when I first became interested in market-driven approaches to poverty alleviation.  I’ve posted about six times on Next Billion, and look forward to continue writing for them in the future.  My first post on Simpa Networks, an off-grid solar energy company started by two people I’d met a year earlier and had kept in touch with over the years, was a momentous occasion.  It reflected something of a milestone.  I was now writing for the blog that introduced me to all this.  I felt like Darth Vader fighting Obi Wan Kenobi in the first Star Wars movie: “At first I was but the learner; now I am the master.”  Now you know why I was still getting atomic wedgies when I was 25.

Develop Economies and I have evolved in tandem.  The journal is a reflection of my personal direction, which is ironic, since, after spending nine months in Southeast Asia, six months in West Africa, and now, coming up on a month in East Africa, I have come to the conclusion that I am directionless.  I still enjoy going back and reading my earlier posts, since it allows me to turn back and look down the steep slope of the learning curve I’ve climbed over the last 18 months and watch Sisyphus pushing the rock up the hill.

So, for those readers that have been with me since the beginning, thanks for sticking it out.  I’d be interested to hear how you think this blog has developed.  If I get no comments at the end of this, I might feel a little bit like that guy in Jerry Maguire, that movie about Scientology.  And for anyone else who is reading this and wants to pay me, I have a year and a half before I move to Canada and work in a sawmill, so just let me know.

5 thoughts on “The Evolution of Develop Economies”